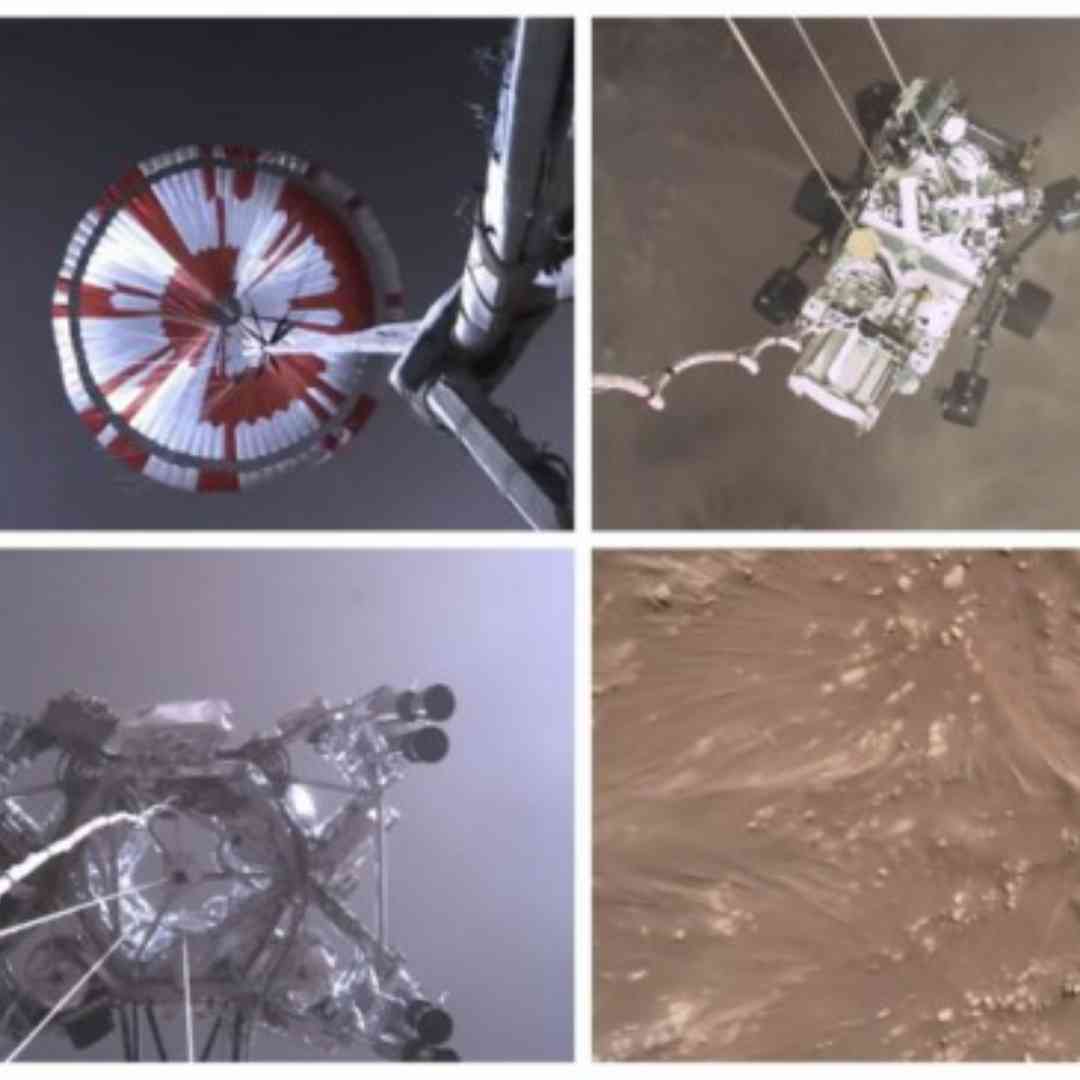 The US space agency Nasa on Monday released the first audio from Mars, a faint crackling recording of a gust of wind captured by the Perseverance rover.

Nasa also released the first video of last week's landing of the rover, which is on a mission to search for signs of past life on the Red Planet.

A microphone did not work during the rover's descent to the surface, but it was able to capture audio once it landed on Mars.

"What you hear there 10 seconds in is an actual wind gust on the surface of Mars picked up by the microphone and sent back to us here on Earth," said Dave Gruel, lead engineer for the camera and microphone system on Perseverance.

The high-definition video clip, lasting three minutes and 25 seconds, shows the deployment of a red-and-white parachute with a 70.5-foot-wide (21.5-meter-wide) canopy.

It shows the heat shield dropping away after protecting Perseverance during its entry into the Martian atmosphere and the rover's touchdown in a cloud of dust in the Jezero Crater just north of the Red Planet's equator.

"This is the first time we've ever been able to capture an event like the landing on Mars," said Michael Watkins, director of Nasa's Jet Propulsion Laboratory, which is managing the mission.