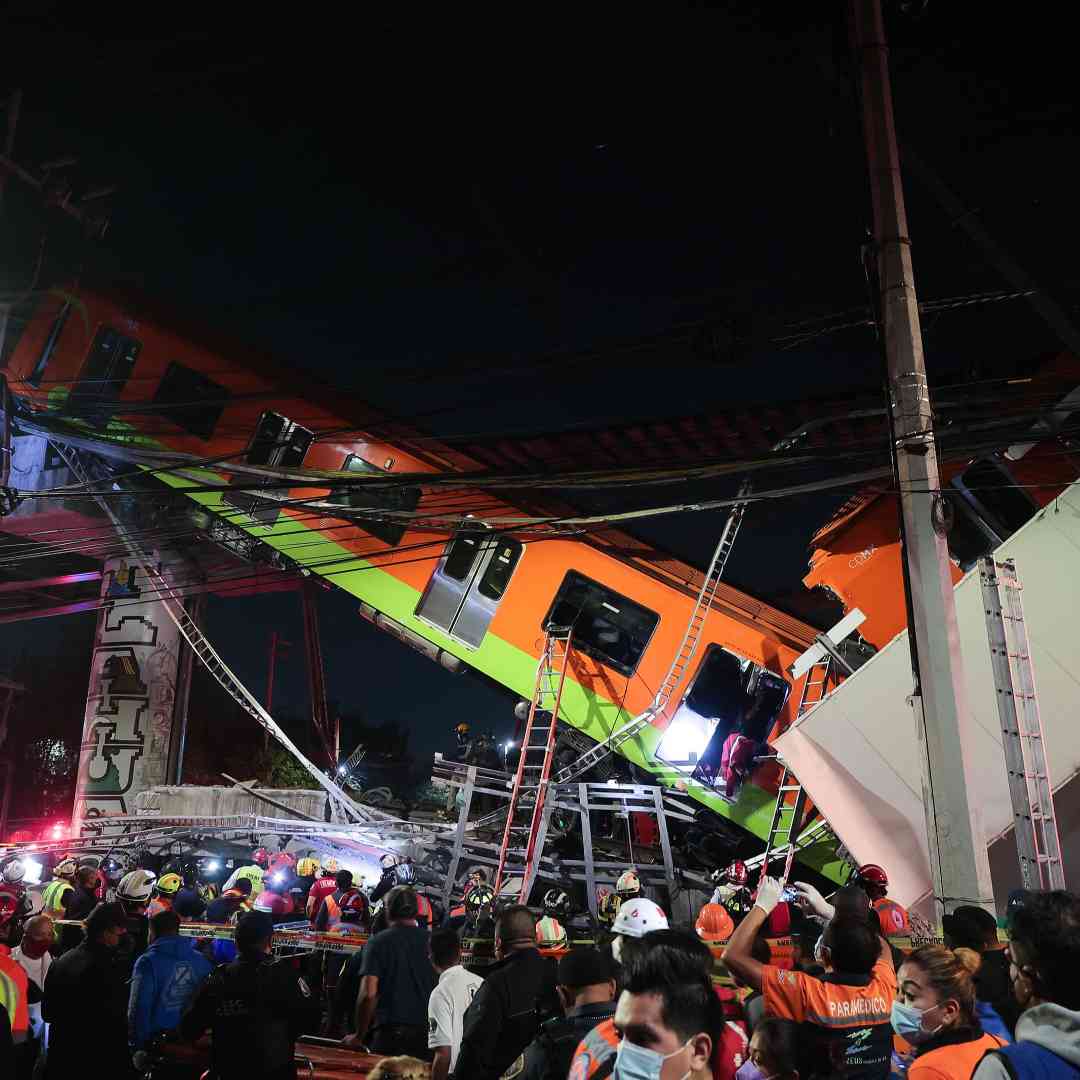 Twenty people were killed, including children, and 49 were hospitalised when a railway overpass collapsed onto a busy road in Mexico City on Monday night.

However, Mexico City Mayor Claudia Sheinbaum said the rescue had been suspended "because the train is very weak". A crane was being transported to the site to stabilise the train carriages so rescuers could resume their work, she said.

A video on local channel Milenio TV showed the structure plummeting onto a stream of cars near Olivos station in the southeast of the city at around 10.30 p.m. local time, sending up clouds of dust and rubble.

The Metro 12 line that runs over the collapsed overpass was built almost a decade ago when Foreign Minister Marcelo Ebrard was mayor of Mexico City.